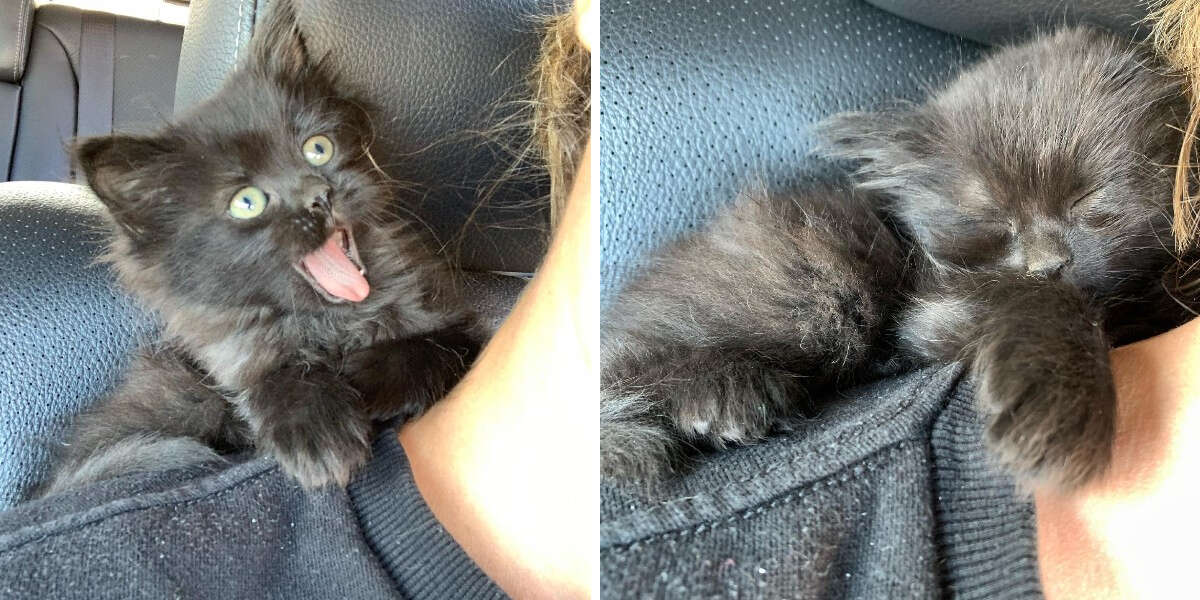 When Holly Knox Brookhouser was in the grocery store shopping for a small party to celebrate the second anniversary of her son Marcelo’s adoption when she checked her phone.

Brookhouser said: I pulled up Facebook really quick and somebody on one of our local pages posted this tiny little black furball, saying that they had just rescued it out of the middle of one of the busiest roads that runs through Bentonville, Arkansas, They brought her home but couldn’t keep her. 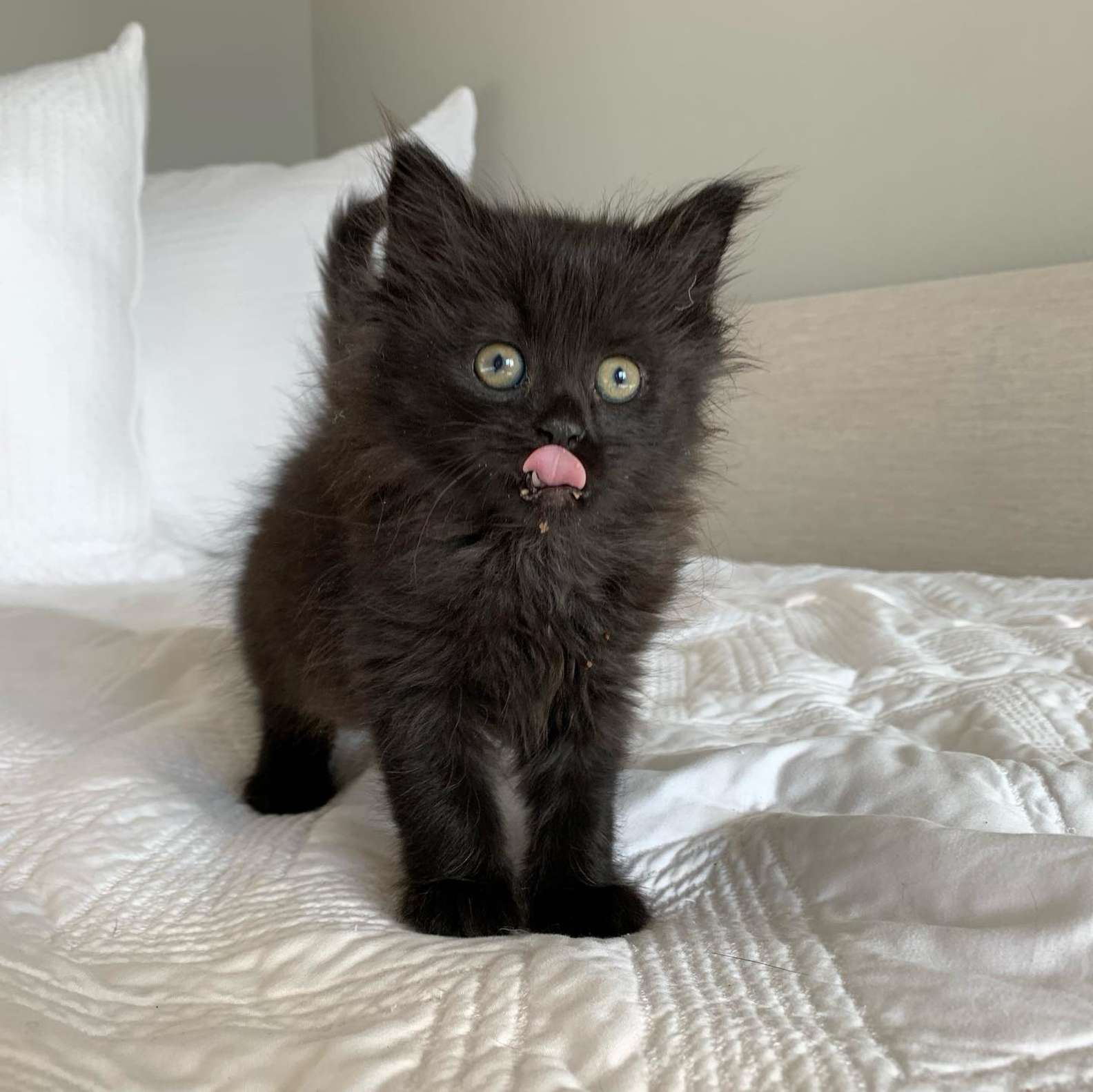 I know sometimes those don’t end well, so I couldn’t just stand by — I had to swoop in. [The rescuer] had said where he lived and I knew that was right by my house, so I private messaged him. 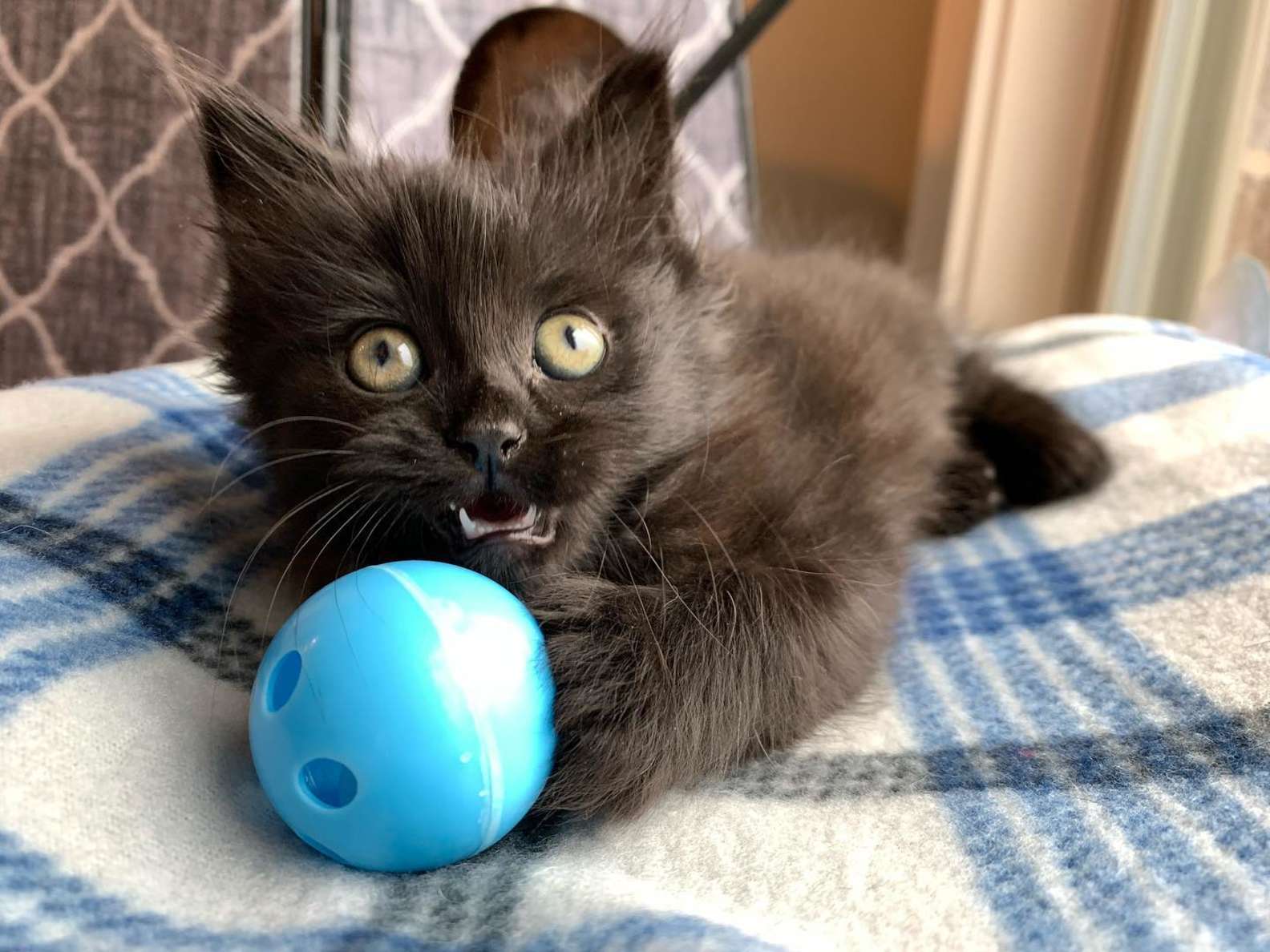 Minutes later: Brookhouser and 4-year-old Marcelo had the tiny 1-pound kitten in the car.
It was Marcelo’s anniversary day and I thought it was a sweet little memento to commemorate the day. So we just figured we’d save a life.

Brookhouser asked Marcelo what he wanted to name the kitten, and after some careful consideration, he answered: Appleseed. 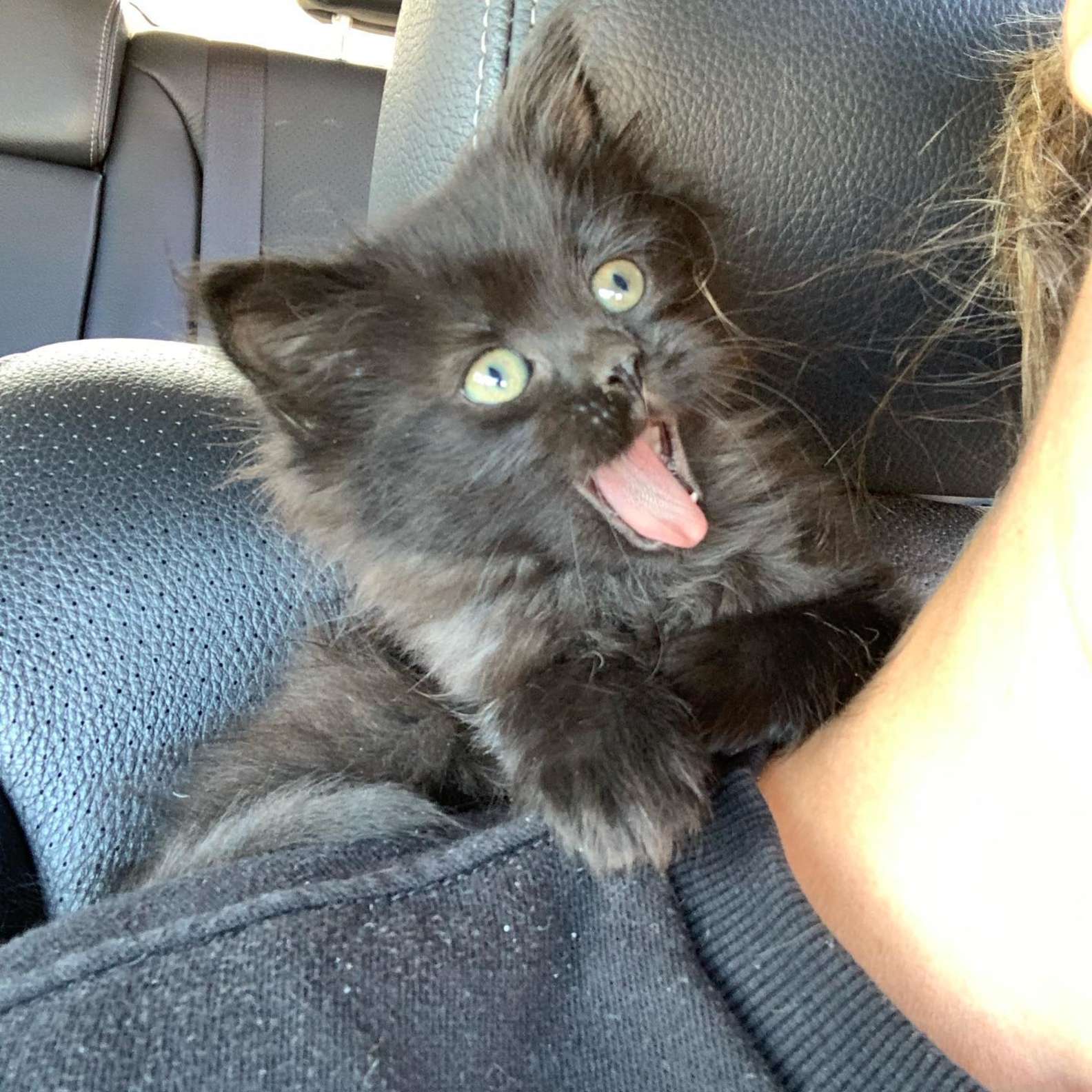 The kitten was surprisingly calm and comfortable around her new foster mom. She climbed right up on her shoulder, nestled in her hair and dozed off. 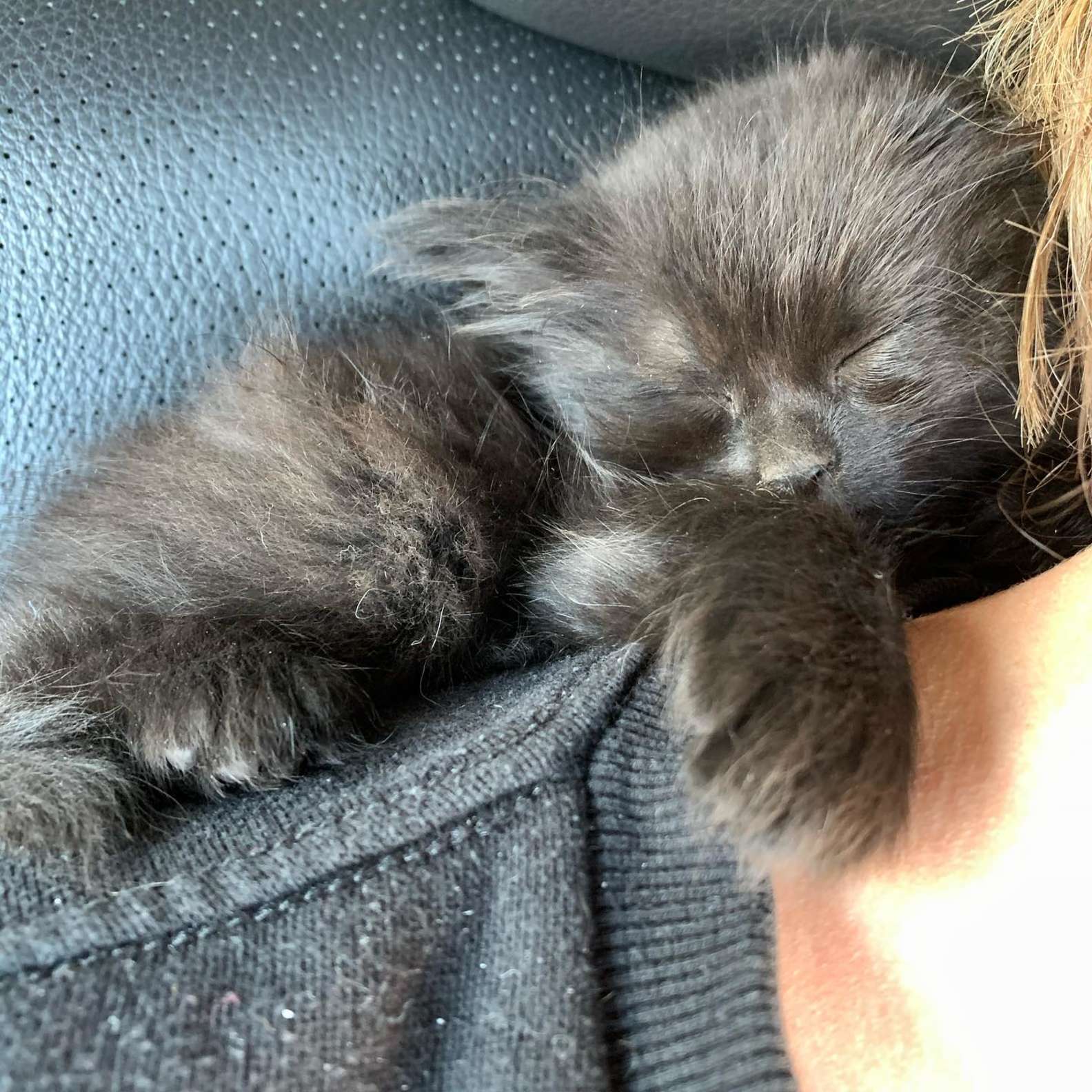 Appleseed rested on her foster mom’s shoulder for the entire car ride, not even stirring when Brookhouser picked up her daughter from school.

Brookhouser realized the little kitten was covered in fleas and dehydrated. After a few days in quarantine, the kitten broke out of her pen and began policing the other animals in the house.

She’s the boss now, She is like dynamite in this tiny little furry package. 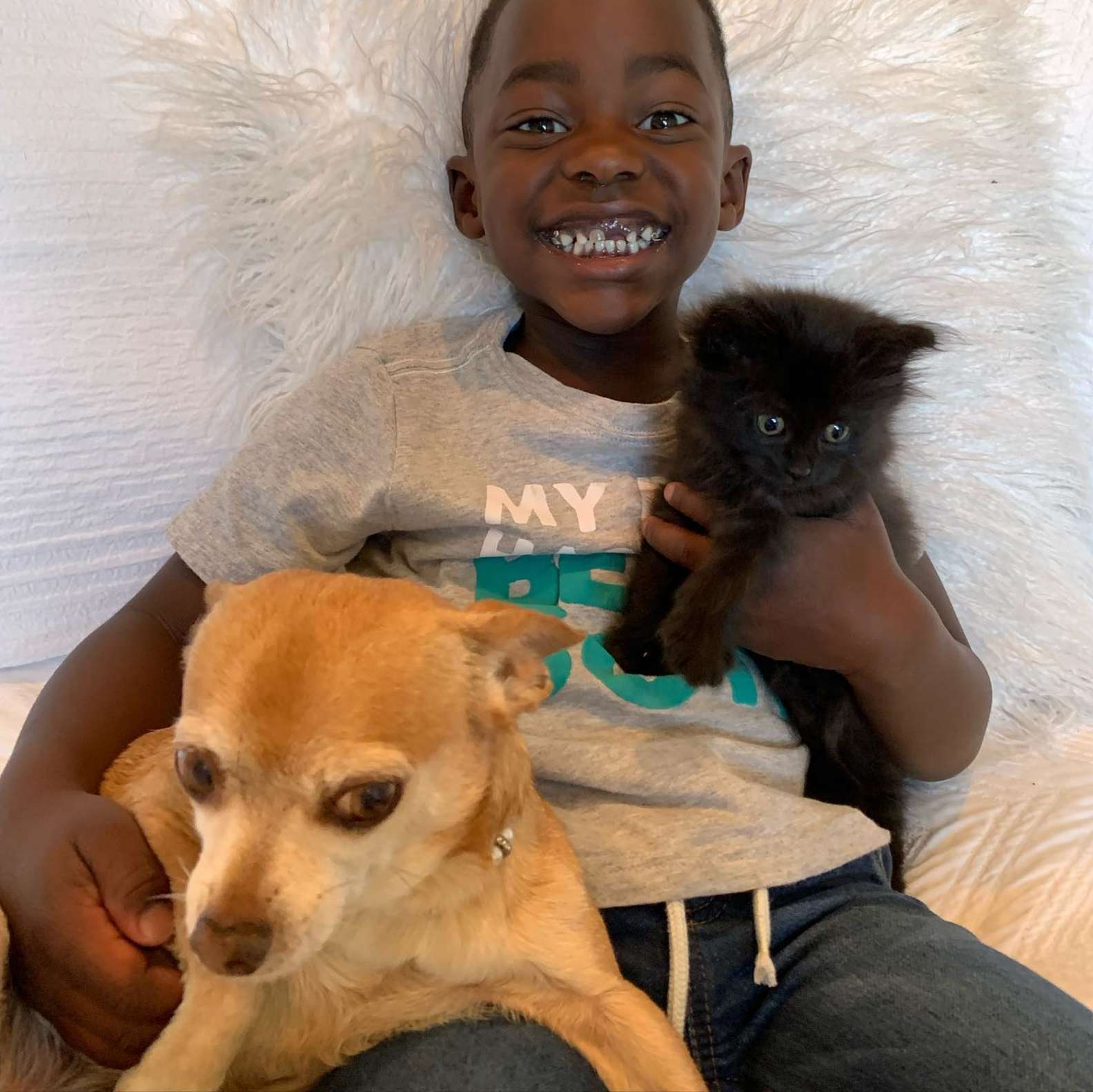 Appleseed is fitting right in with her foster family, making it impossible not to fall in love with her. She makes herself busy attacking her human family’s ankles and giving tons of kisses.

She likes following Marcelo around. We’re having to watch out right now because she is under our feet all the time.

When Appleseed is big enough, she will go to her forever home — and there’s already plenty of interest in the little kitten.

As much as Brookhauser has enjoyed her time with Appleseed, she knows the kitten will eventually make someone else very happy.

What a beautiful kitten