This moment can be only described as magical. 💕 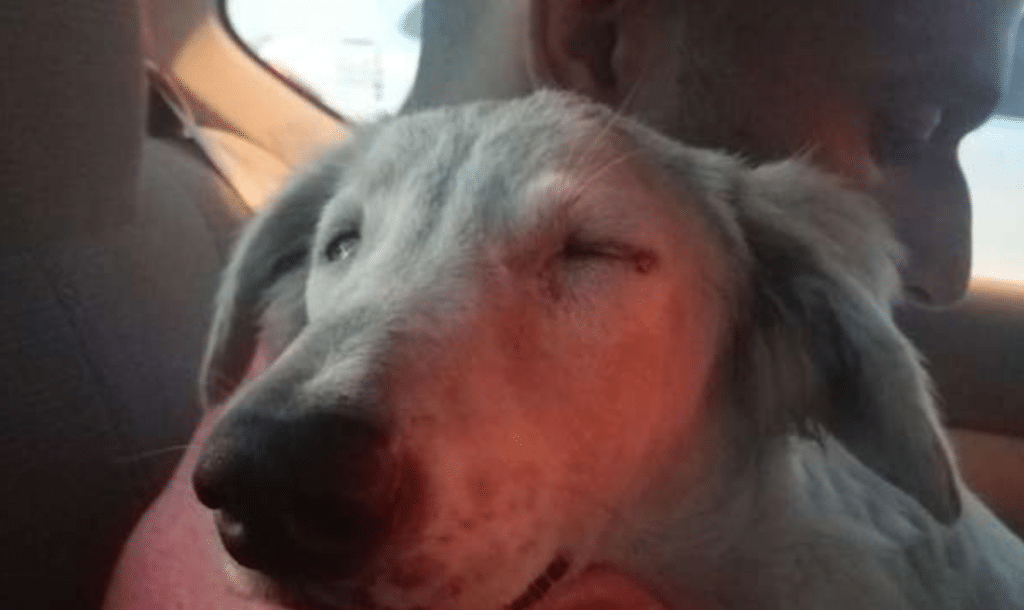 These kinds of moments can only be described as magical moments that are a result of stars aligning – right place, right time. When one man, Anand Raman went to visit his sister at work, he had no idea that he would be walking away with a dog of his own.

But during that warm day in Dubai, that is exactly what transpired when Raman discovered a homeless dog trying to take refuge from the heat beneath a parked car. The dog came out from underneath the car, furiously wagging his tail in joy to see someone. Raman quickly noticed that the dog’s run had something strange to it – his legs were doing something funny. Regardless of the strange movements, Raman was immediately taken by the pup. He spent a while petting the dog. 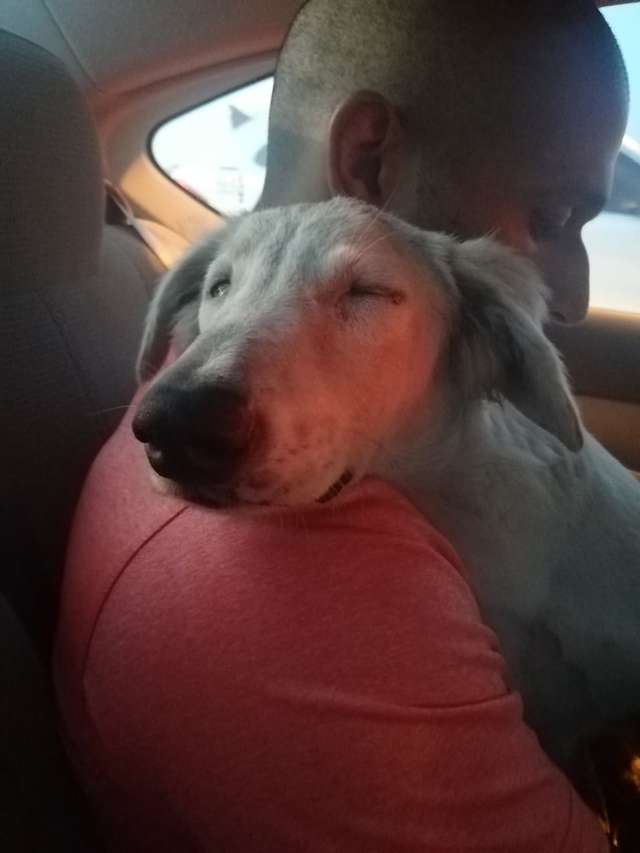 Raman picked up the dog and carried him back to the car with the intent to take him to the vet. After getting to the vet’s office, it was revealed that the reason the little pooch had a funny walk, was because he was suffering from rickets due to being malnourished. 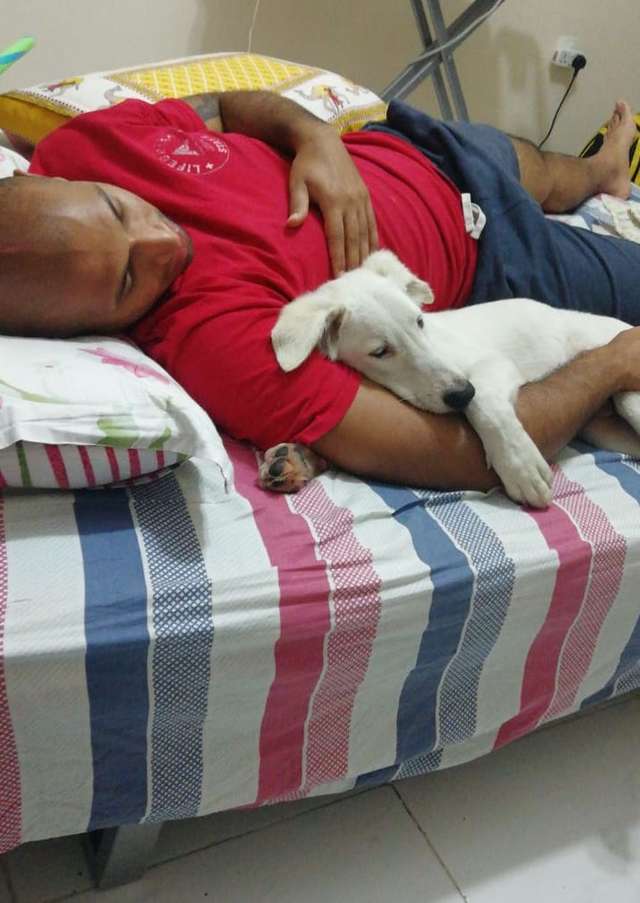 Raman was already enamored with the little pup who’d wandered into his life. His fresh new look actually led Raman to pick out the perfect name for him. The man ended up naming him Snowy.

Snowy took a little time adjusting to life in a loving home environment, clearly still so traumatized by life on the streets. 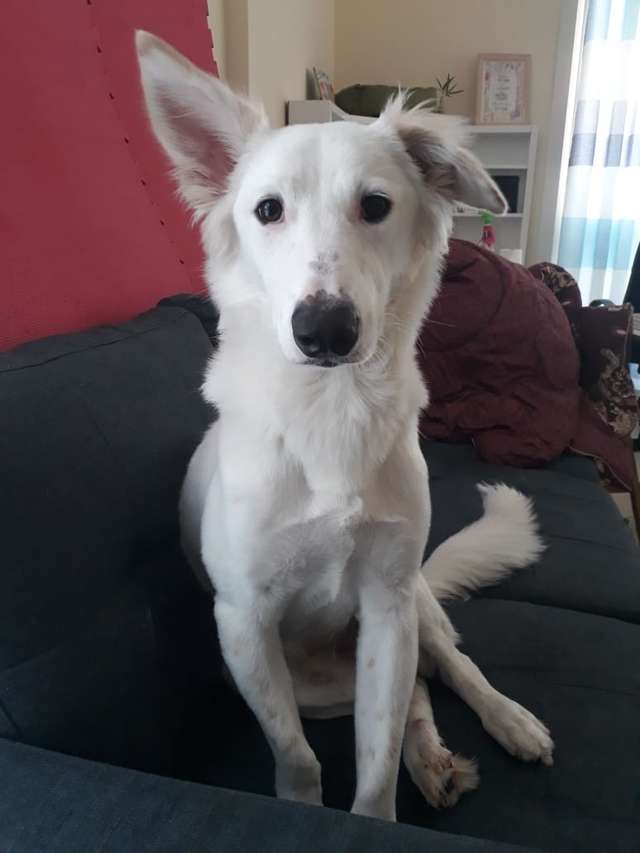 Eventually Snowy figured it out that he’d landed in the lap of luxury and would not be having to return to the streets any time.

Both are lucky! Gorgeous! Wish them many many years of happiness!🐾💕