This fish is rarely seen by humans but has lived on the Earth since long before man. 😲😲💝😘 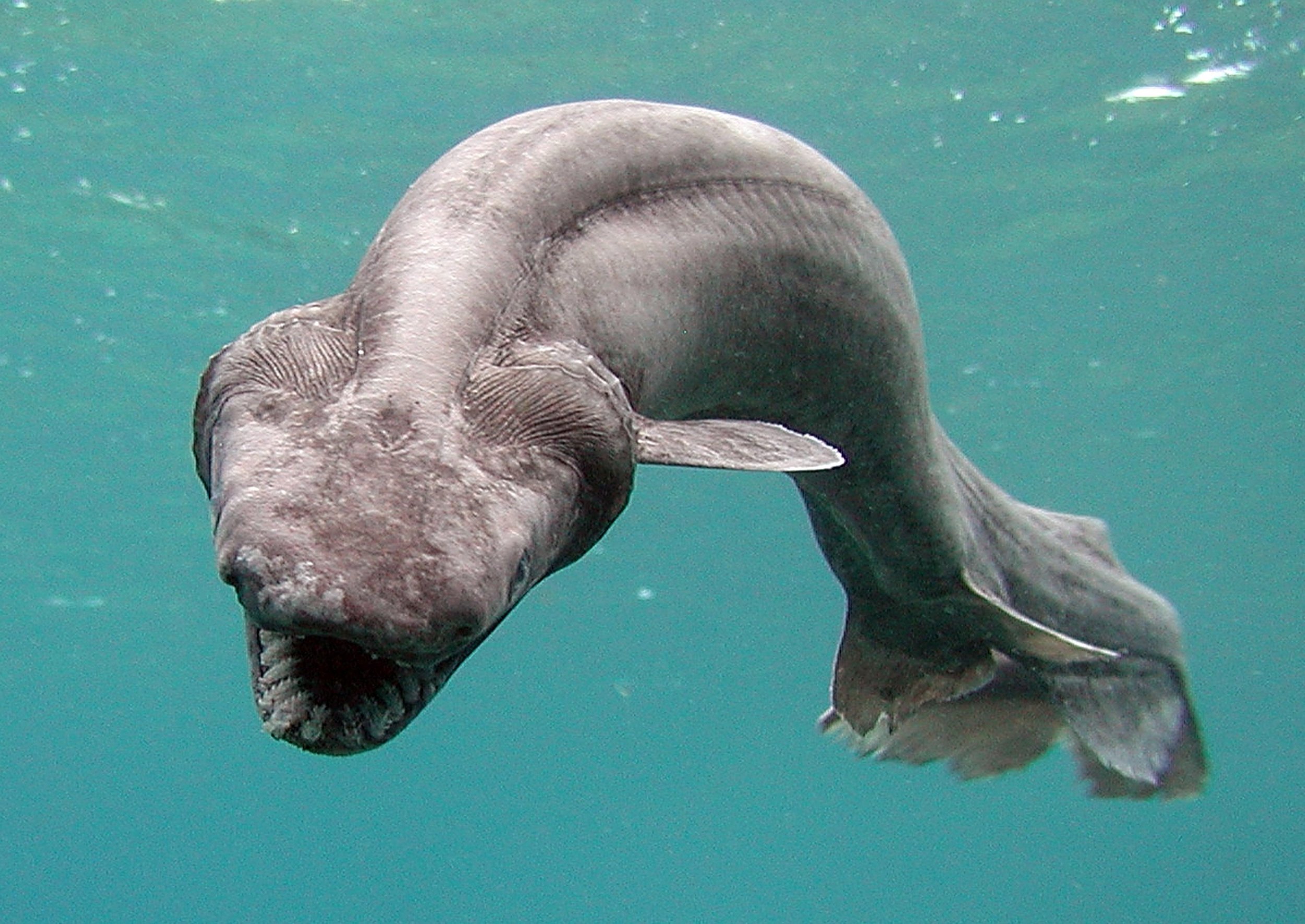 Updated | The rare frilled shark is considered a living fossil because evidence of its existence dates back to at least 80 million years ago. Researchers found one alive and thriving off the coast of Portugal, uncovering more clues about the resilience of this ancient sea creature.
The researchers who discovered the shark off the Algarve coast were working on a European Union project in the area, the BBC reported.
The team unknowingly unearthed one of the rarest and most ancient animals on the planet.

Scientists believe the frilled shark has remained the same, both inside and out, since the Cretaceous Period, when the Tyrannosaurus rex and Triceratops still roamed the planet. The creature, known by scientists as Chlamydoselachus anguineus, is incredibly simple and unevolved, most likely due to the lack of nutrients found in its deep-sea dwellings.

This deep-sea dweller is usually found between 390 and 4,200 feet below the surface, which is why it’s rarely seen and wasn’t even discovered before the 19th century (despite being around long before humans).

The shark caught this summer measured around 5 feet in length, but at their longest, they can be around 6-and-a-half feet, IFL Science reported. Another study of a Suruga Bay inhabitant showed that frilled sharks may also have the longest gestation period of any living creature, 42 months.

Its name may sound unfitting for a beast that swims the deep seas, but as Mental Floss explained, the frilled shark is named after its gills. Pretty much all other sharks have separate gills, but the frilled shark’s first pair of gills stretch all the way across its throat. In total, the shark has six pairs of gills that have ‘frilly’ edges. 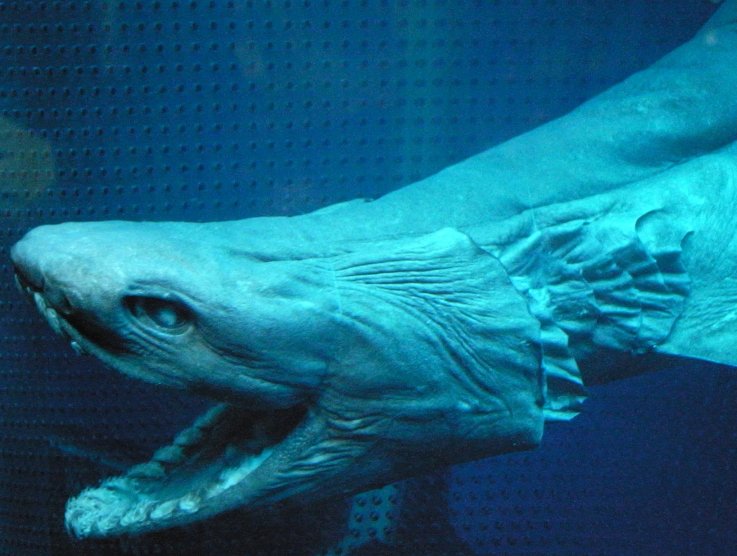 This living fossil has remained unchanged for 80 million years.

The shark also has a unique mouth shape. Its jaw has more than 300 teeth neatly lined in 25 rows that, according to professor Margarida Castro of the University of the Algarve, are specifically designed to help it to trap squid, fish and other sharks in sudden lunges.
It’s lined with spines called dermal denticles that, combined with the teeth, give the mouth an all-around frightening look.

It’s unlikely you will ever come face-to-face with a living frilled shark: Keep as far away as you can, and whatever you do, try to avoid its ferociously awesome jaw.