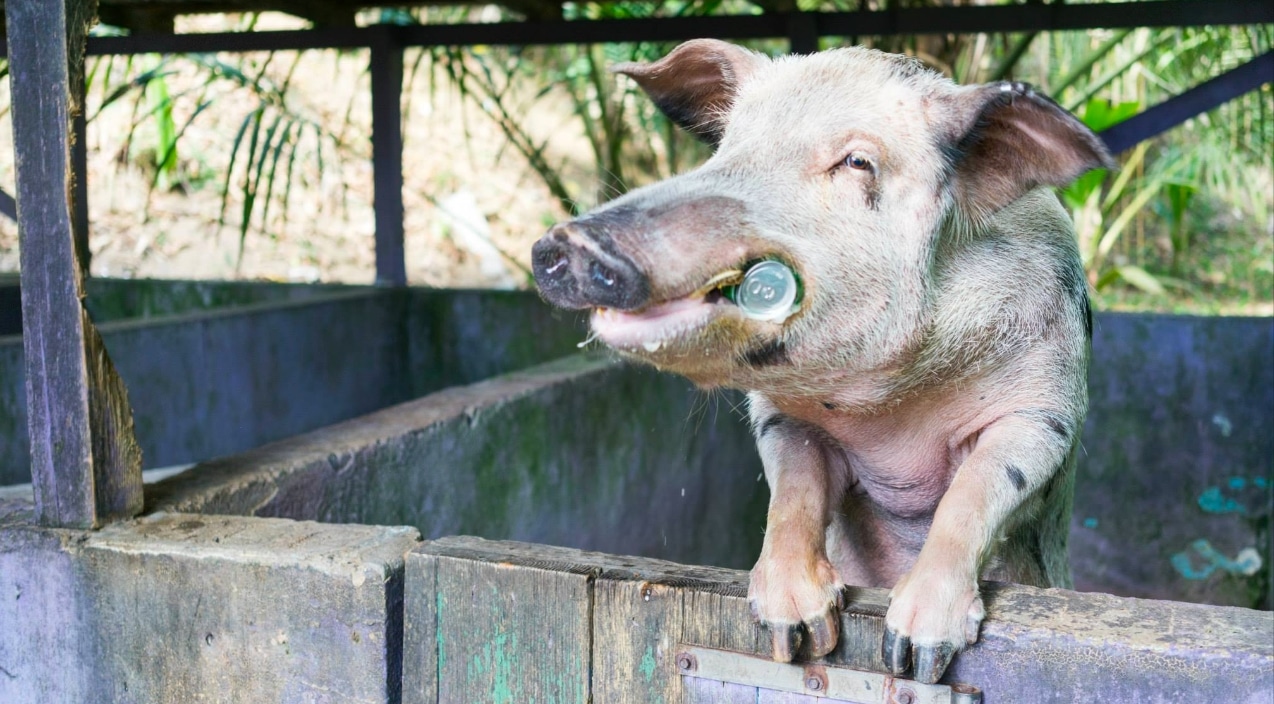 In 2013 some campers were having a weekend of fun, bonfires, and drinking when they woke up during the night to find a pig finishing off 18 cans of their beer! No, we’re not making this up, it happened. In 2013, a wild pig made the news after drinking 18 cans of beer, getting into a fight with a cow and p.a.s.s.i.n.g out under a tree.

Apparently it happened at a campground in Port Hedland, Australia where some careless campers left their beer out before they went to bed. Not realizing the danger they put their beer in, it was reported to the campsite owners that there had been a pig running around the past few nights getting into people’s belongings. One camper who was set up across from the victims said they woke up and witnessed it all.

It was in the middle of the night, and it was these people opposite of us and I heard this crunching of the can, and they got their torch out and shined it on the pig and there he was, crunching away at their cans.

By the time the pig was spotted, he was slamming down their last beer and ran off. He then ran off to dig through the trash for something to eat. He was clearly buzzed at this point and they said he started a fight with a cow.

They saw him running around their vehicle being chased by a cow. Apparently, the pig showed up several nights in a row, c.a.u.s.i.n.g c.h.a.o.s and helping himself to anything he could find to p.i.g o.u.t on.

After doing b.a.t.t.l.e with the cow, the pig allegedly made its way to a river where he passed out drunk laying under a tree for shelter. Some curious campers who heard about the ruckus went to look for him the next morning and found him in the same spot and snapped this picture of him.

As funny as the story is, it unfortunately didn’t end well for the pig. 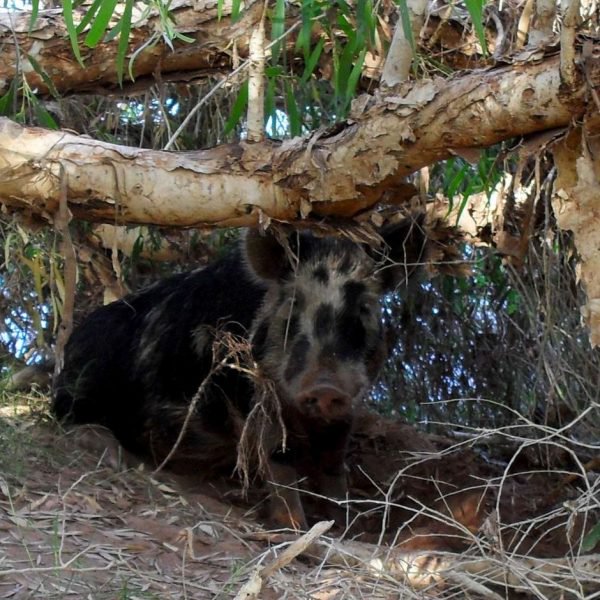 The pig was reportedly last seen resting under a tree, possibly nursing a hangover. 🐖🍻😂