The law exists to protect liberties and rights. What most people forget is that the law not only protects human rights, but it also serves to protect animal rights. 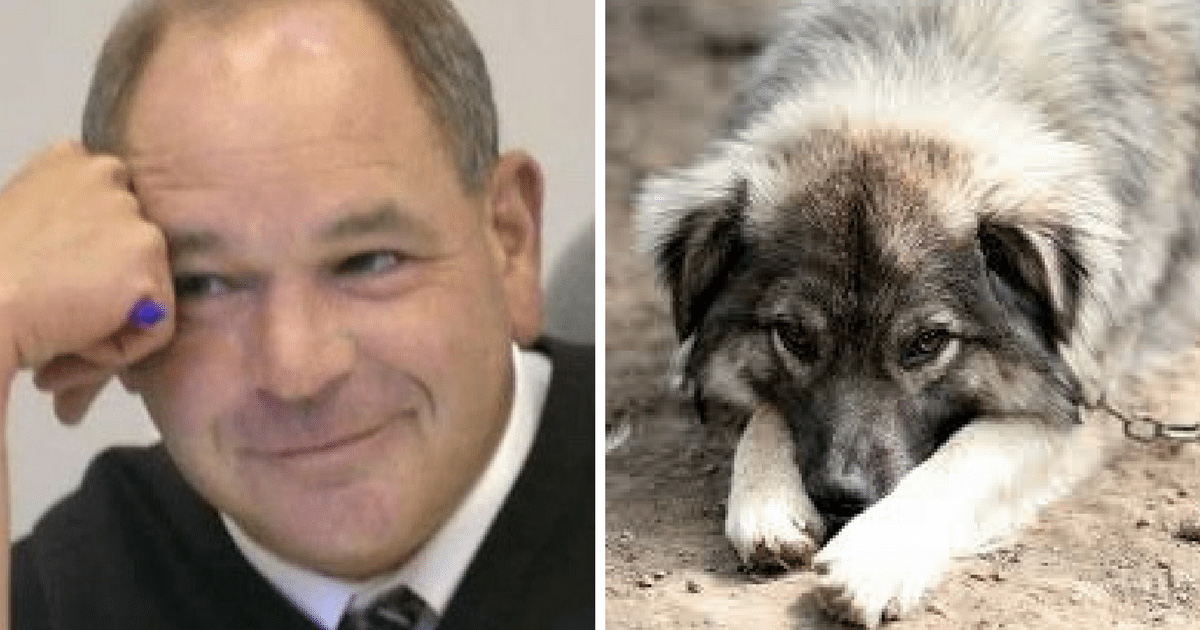 That’s why it’s disheartening to hear stories of animal a.bu.se, especially when the abusers get away without any form of punishment. But one judge decided that there won’t be any of that in his city, Painesville, Ohio. Municipal Court Judge Michael Cicconeti was tired of animal abusers having little to no punishment. Since sentences are made to encourage and enforce lawful behavior, he gives out unusual sentences to teach a.bu.ser.s valuable lessons they will never forget.

As an upstanding member of the legal profession, judge Cicconeti doesn’t give out dangerous or unlawful punishments. But he isn’t beyond giving offenders a little discomfort and embarrassment either. Take this one case where one woman abandoned 35 kittens in the woods. To help the offender realize the gravity of her actions, the judge sentenced her to spend a night in the woods by herself. During the hearing, he told her How would you like to be dumped off at a metro park late at night, spend the night listening to the coyotes … listening to the raccoons around you in the dark night, and sit out there in the cold not knowing where you’re going to get your next meal, not knowing when you are going to be rescued?

Last September, a law that makes the abuse to an animal companion a felony, went into effect. This law, called the Goddard’s law, was a huge step for animal rights advocates. Other than punishing offenders, Judge Cicconeti hopes that his headline-worthy sentences spread awareness about the crime of animal abuse and its consequences.

The judge always makes sure that the sentences he gives out are fit for the crimes that were committed. He waits until all the details of the case are heard before he carefully doles out sentences.

Advocating for long term solutions to this problem, Judge Cicconeti raised the need for education to be available to offenders. He told iHeartDogs that if drunk drivers and child neglecters take mandatory courses as part of their sentences, animal a.bu.ser.s should too. The judge also hopes that mandatory mental evaluations will be made for those responsible for these sort of crimes. Like having a registry for sex offenders, there should also be a registry for animal a.bu.ser.s. This allows shelters to verify potential adopters.

We may not have the influence and power of Judge Cicconeti, but we can still make an impact for our furry friends’ rights in small ways. If we want to advocate for our beloved companions, we can start with spreading awareness and reporting a.bu.ser.s within our very own neighborhood.