They immediately accepted the little kitten as their own. It was such a sweet moment to witness. 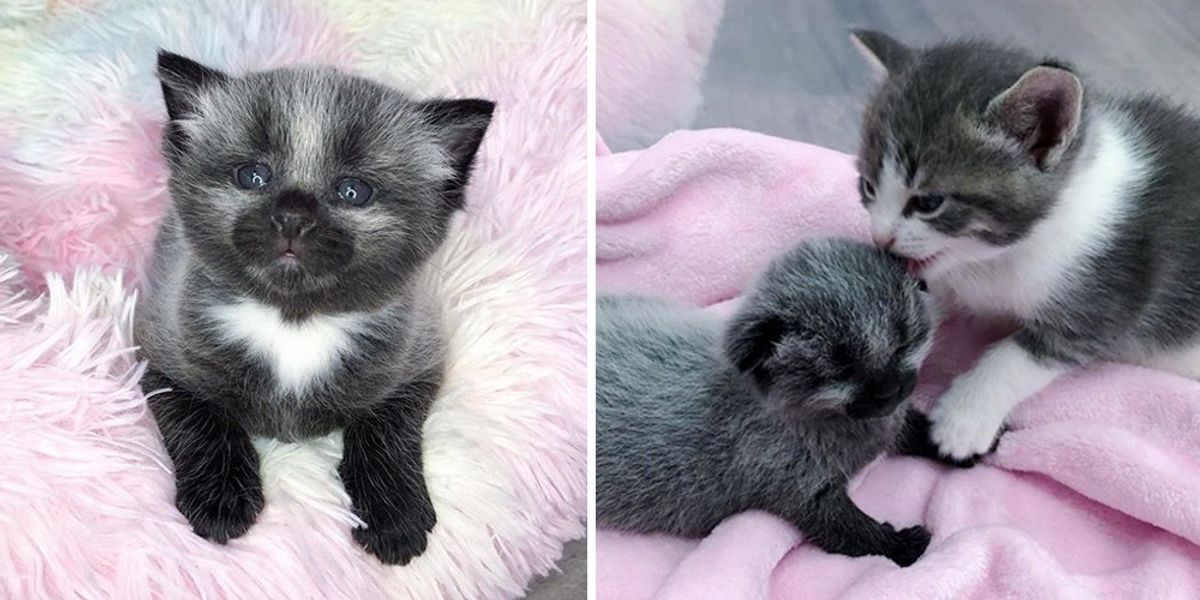 A kitten with a silver coat was found all alone. A cat took her in and started raising her as her own.

Mellissa of Tiny but Mighty Kitten Rescue (in Cornwall, Ontario, Canada) took in a pregnant stray two months ago. A few weeks into foster care, she gave birth to a beautiful litter of kittens.

Mellissa was contacted about a tiny singleton who had been found alone on a sidewalk. The kitten was extremely small, weighing only 82 grams. Despite it all, she was active and vocal, having survived on her own thus far, out of her own volition.

Knowing how much a mother’s love can benefit an orphan, Mellissa immediately offered to help. The plan was to introduce the kitten, Janie, to the cat mom, June, when she was deemed medically clear. 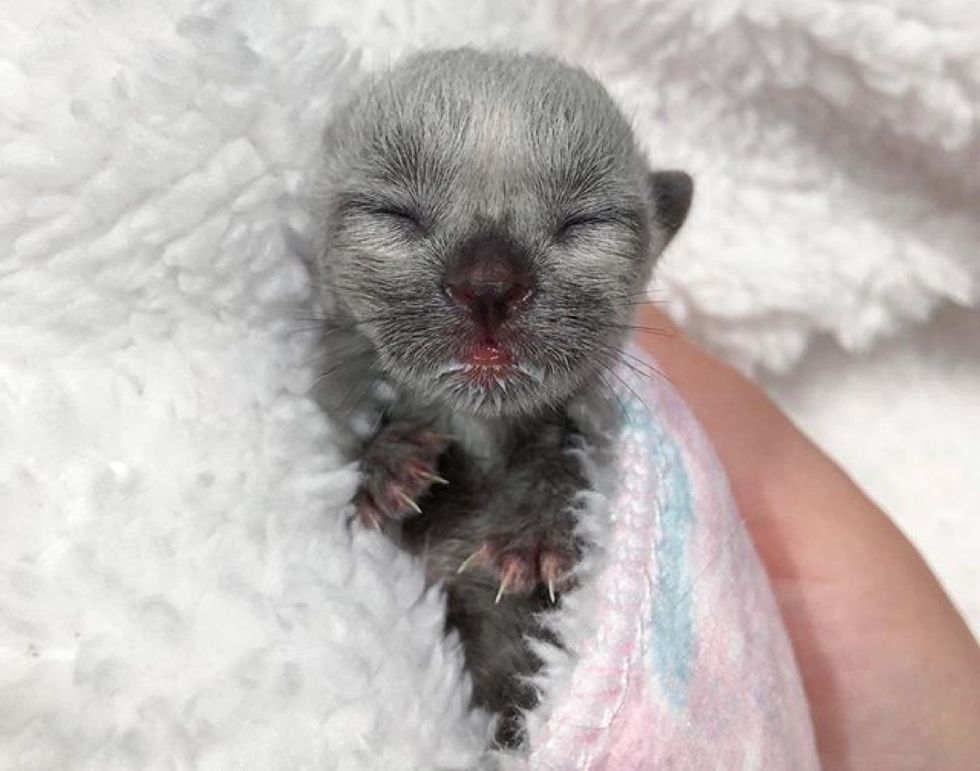 The pint-sized kitten was born with a fever coat, which can occur when the mother is ill with a high fever or stressed during pregnancy. As a neonate, Janie needed to be fed and cared for around the clock. She couldn’t regulate her body temperature at this age, so she was kept in a cozy incubator after feedings.

After getting a full belly, she would wave her tiny paws in pure bliss. In just three days, baby Janie reached the 100-gram mark. 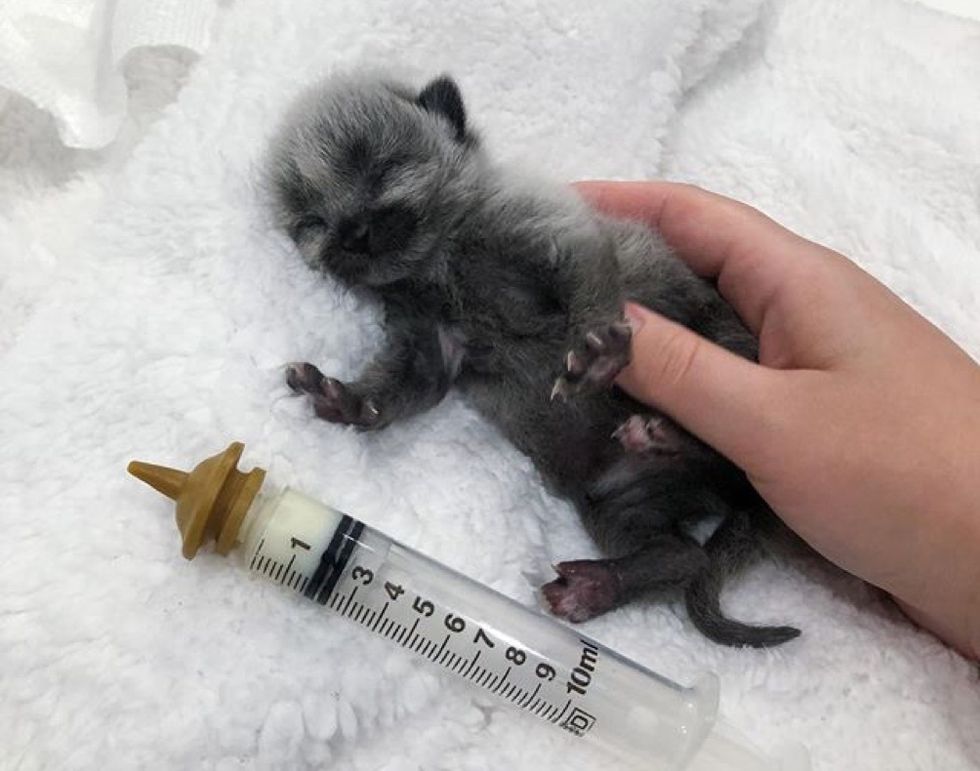 Over the next few days, Janie continued to grow and put on weight. Patches of her coat began to darken, giving it an unusual coloration. 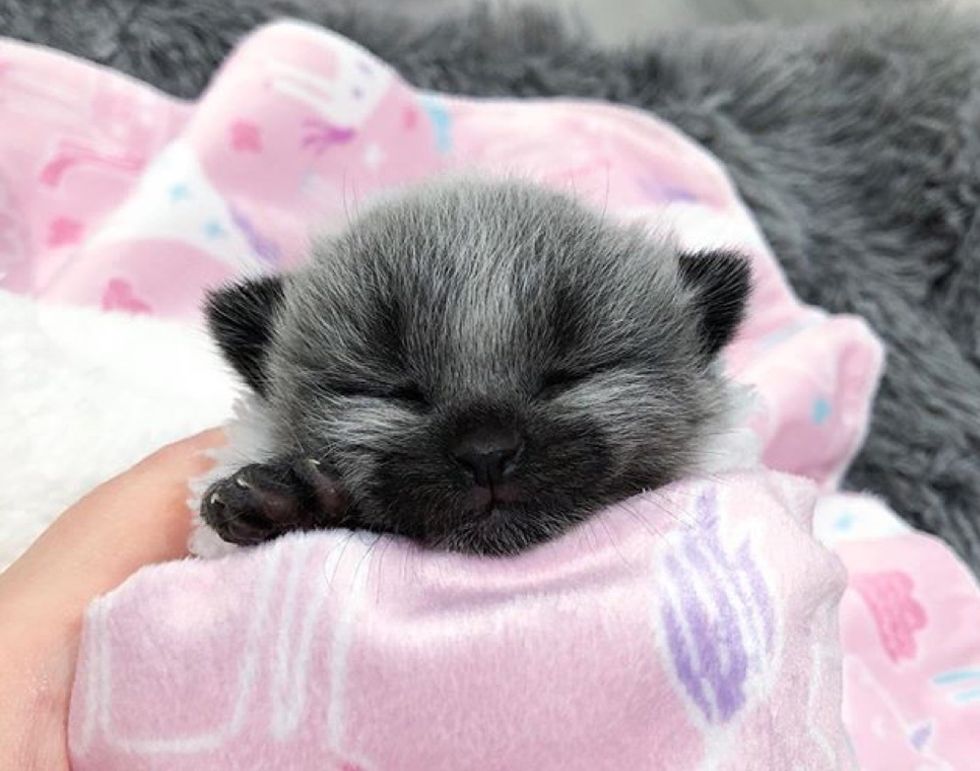 June immediately accepted Janie as her own as soon as I was able to safely introduce them: Mellissa told. 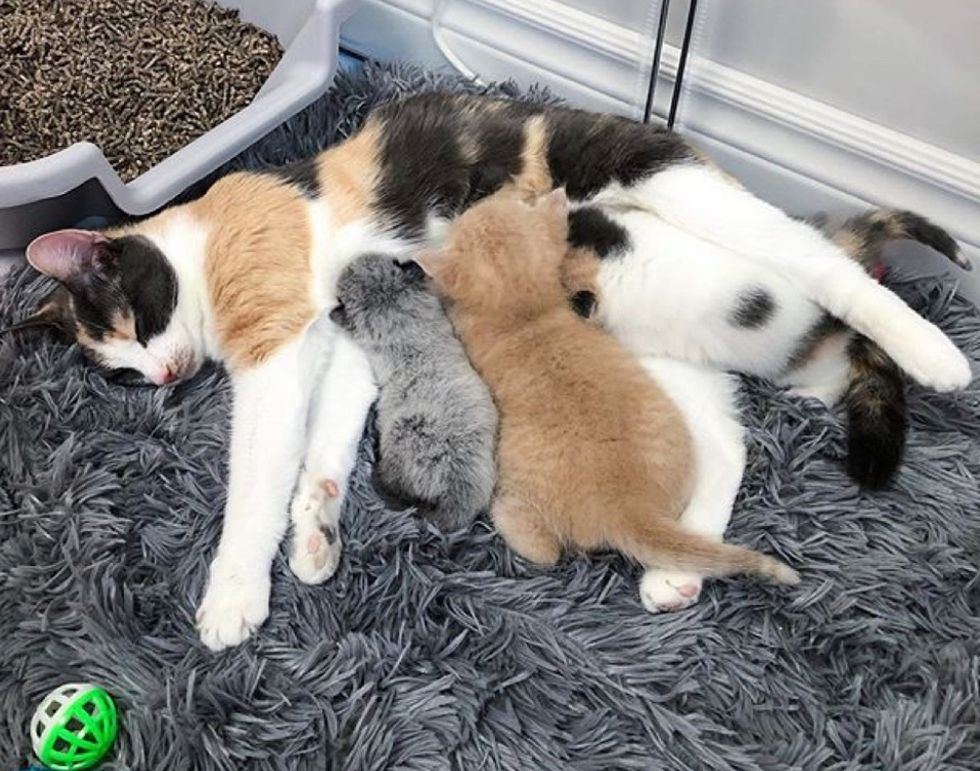 It was such a sweet moment to witness. 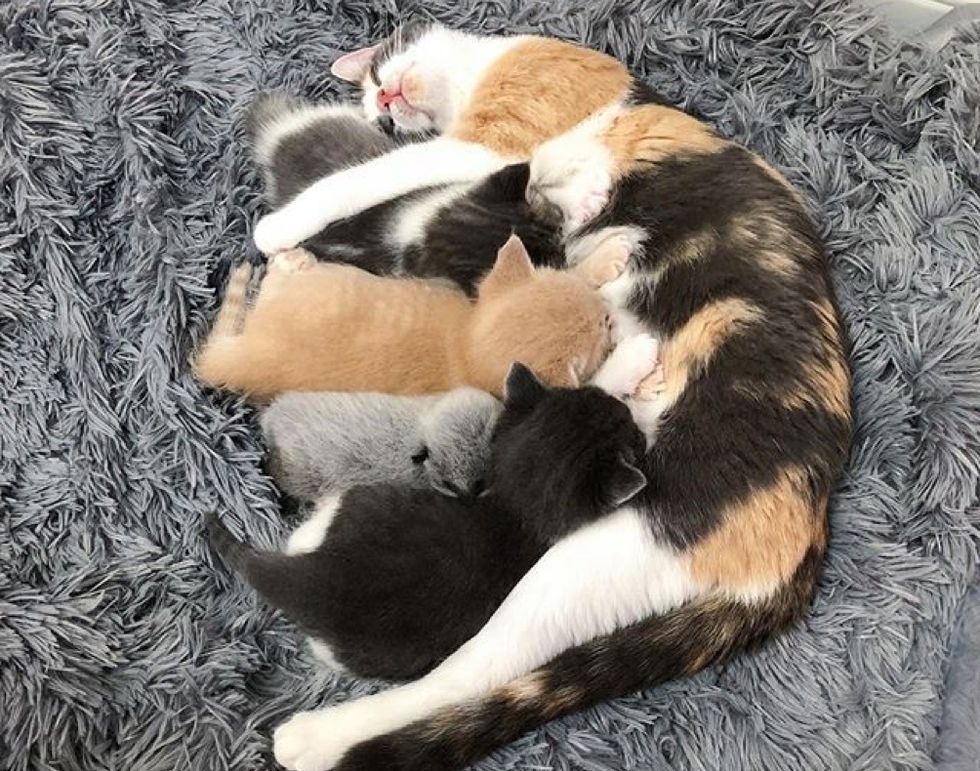 Watching her miracle itinerary in the video below: