He fell in love with her the moment he saw her. 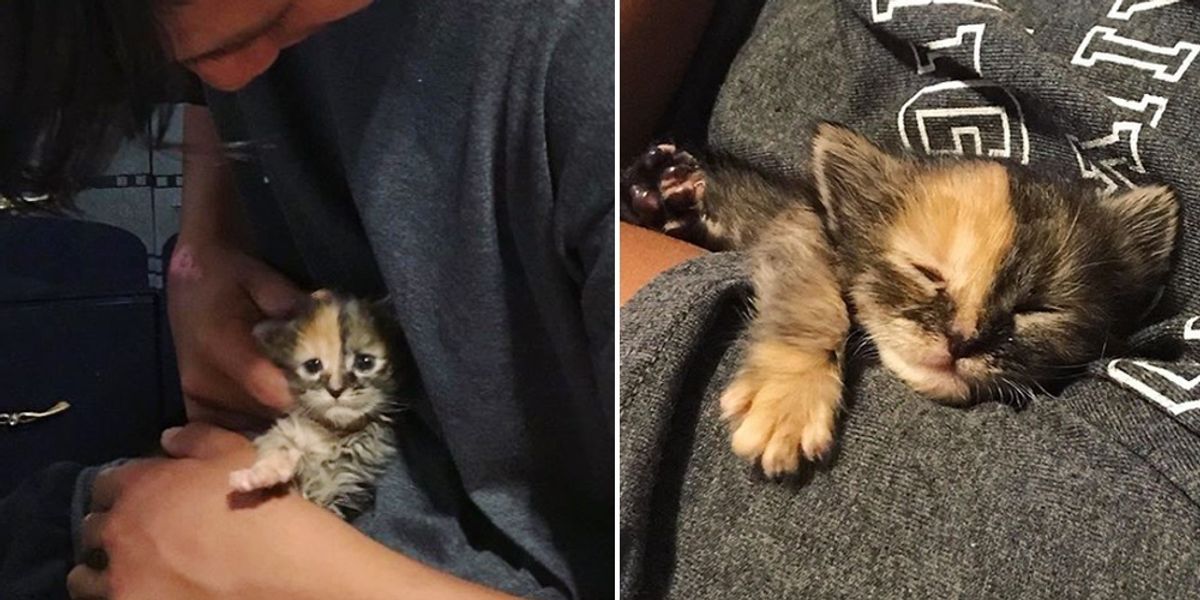 Malia from New York was at Co-Op City Field in the Bronx for her son’s baseball game when she heard commotion from a crowd. A litter of kittens were found huddled up together in the field. 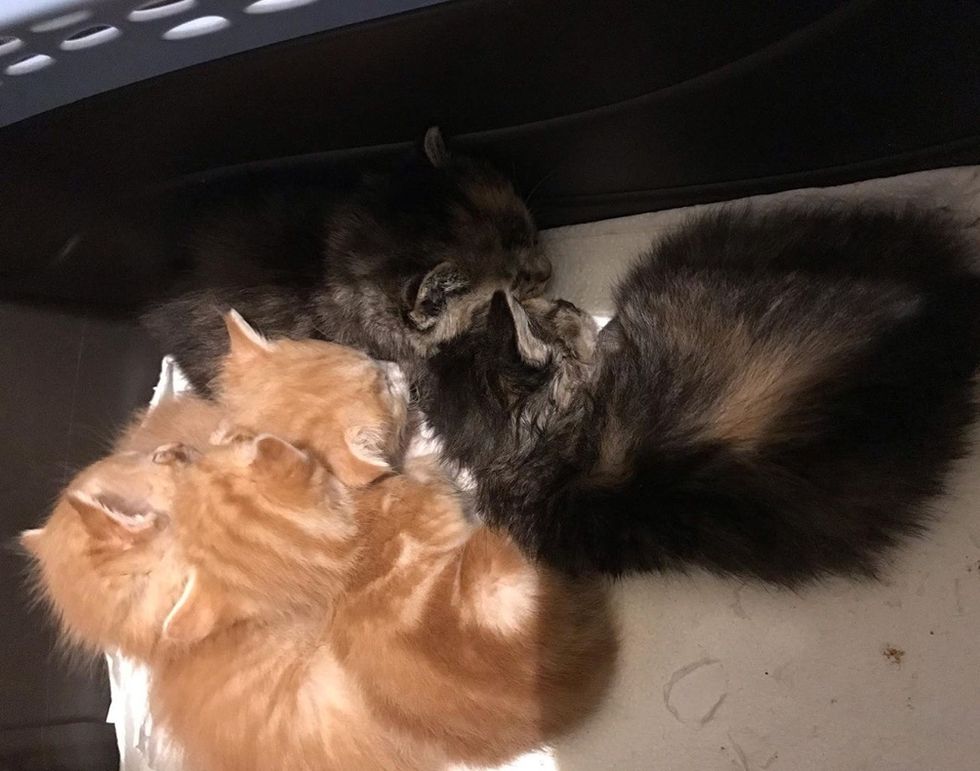 The kittens were covered in filth and just skin and bones. There was no sign of a mother cat, so Malia contacted Sunny, a local animal rescuer, for help. 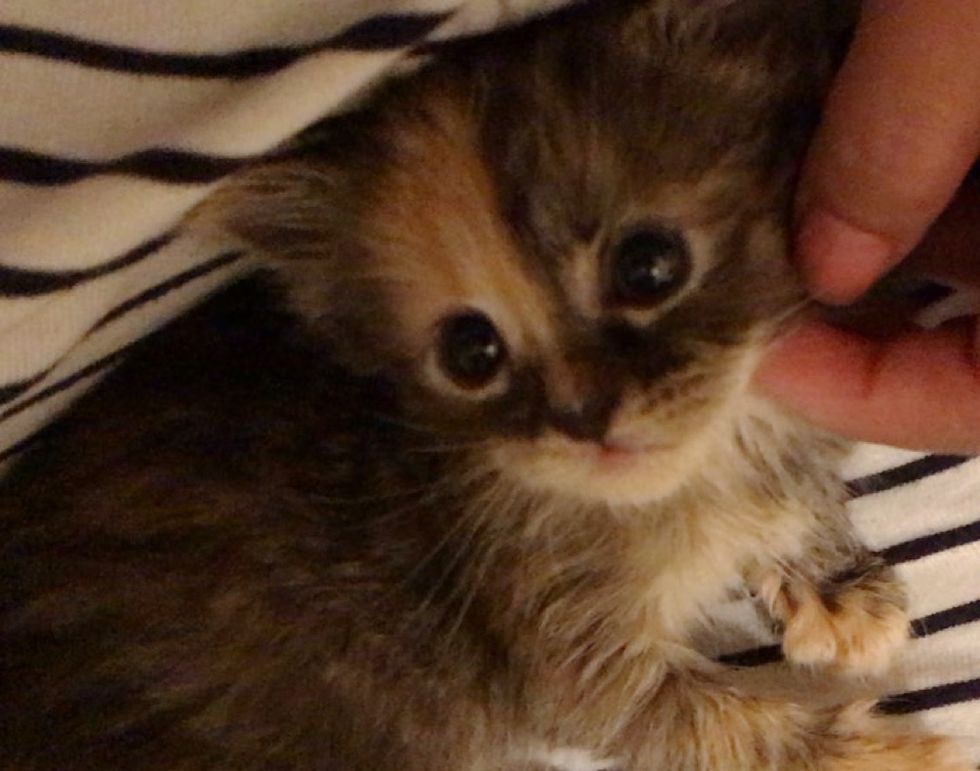 The kittens were around three weeks old and needed round-the-clock care. In just one day, they began to perk up. One of them quickly stood out. 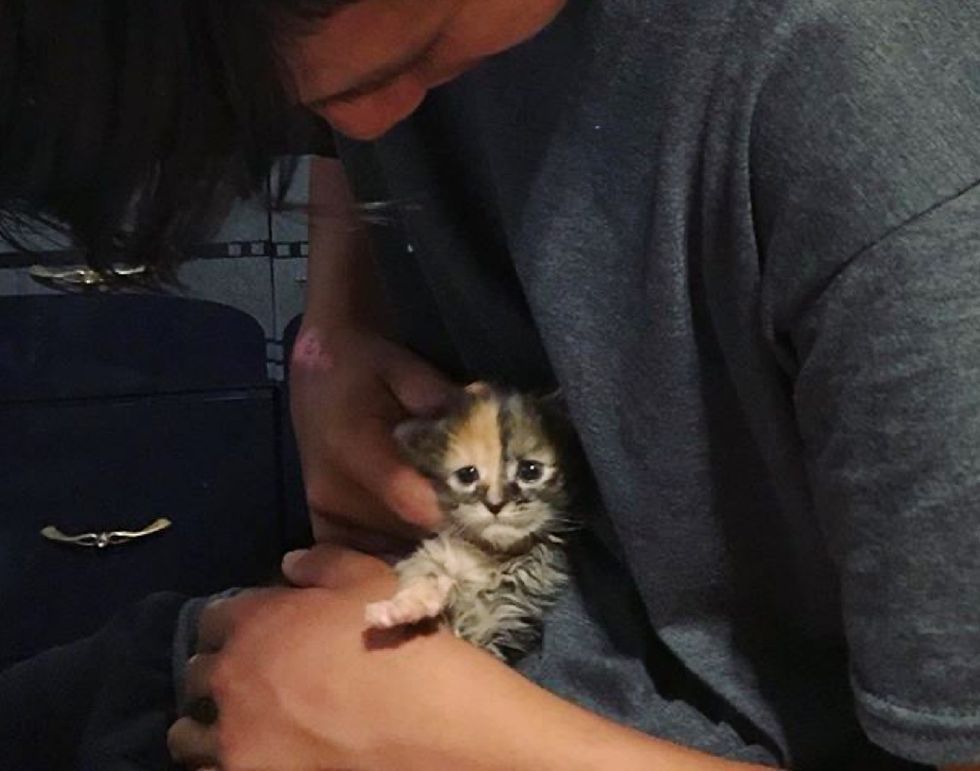 The chimera tortie instantly took a liking to Sunny’s younger son and wanted to be held or cuddled by him. If anyone took her away from her favorite person, she wouldn’t stand it for a second and would put on a feisty, tough face. 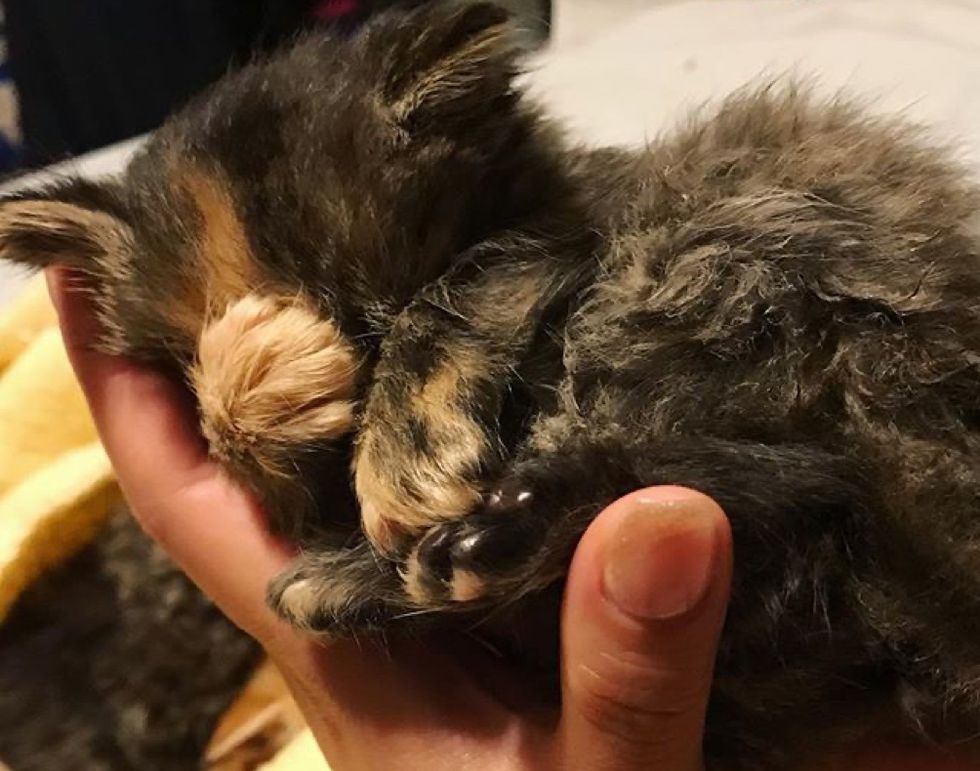 Over the next few weeks, Chimera and her siblings really flourished into beautiful, rambunctious young cats. The intrepid tortie continued to do whatever she pleased and didn’t have a worry in the world. 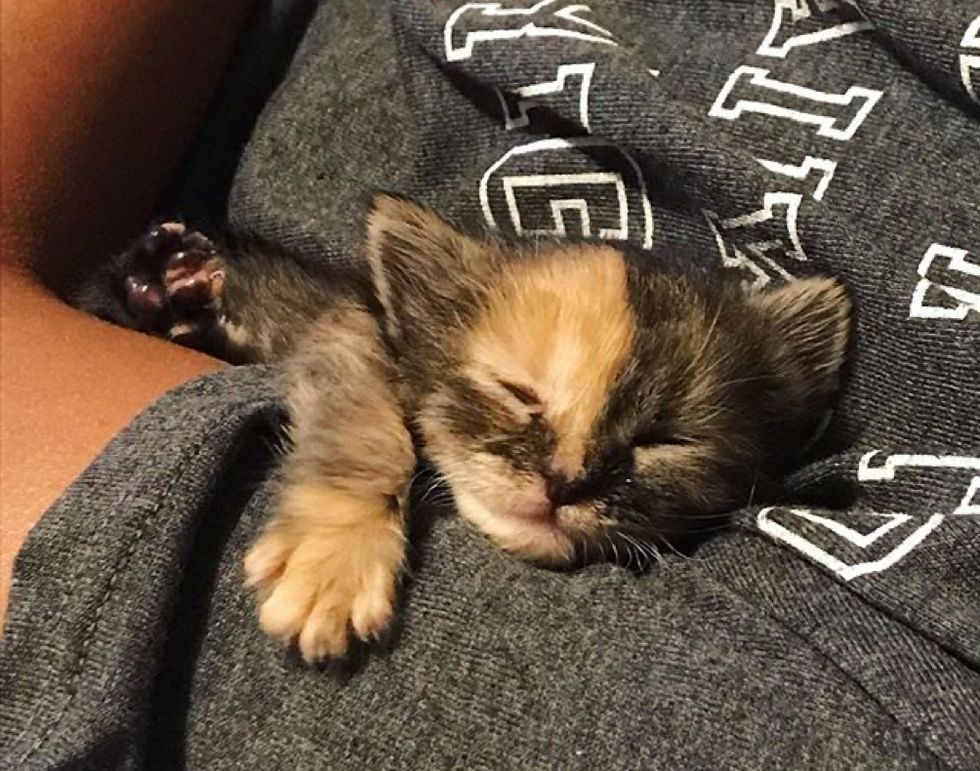 All grown up now, the tortie girl is still the same spitfire that they met on day one. 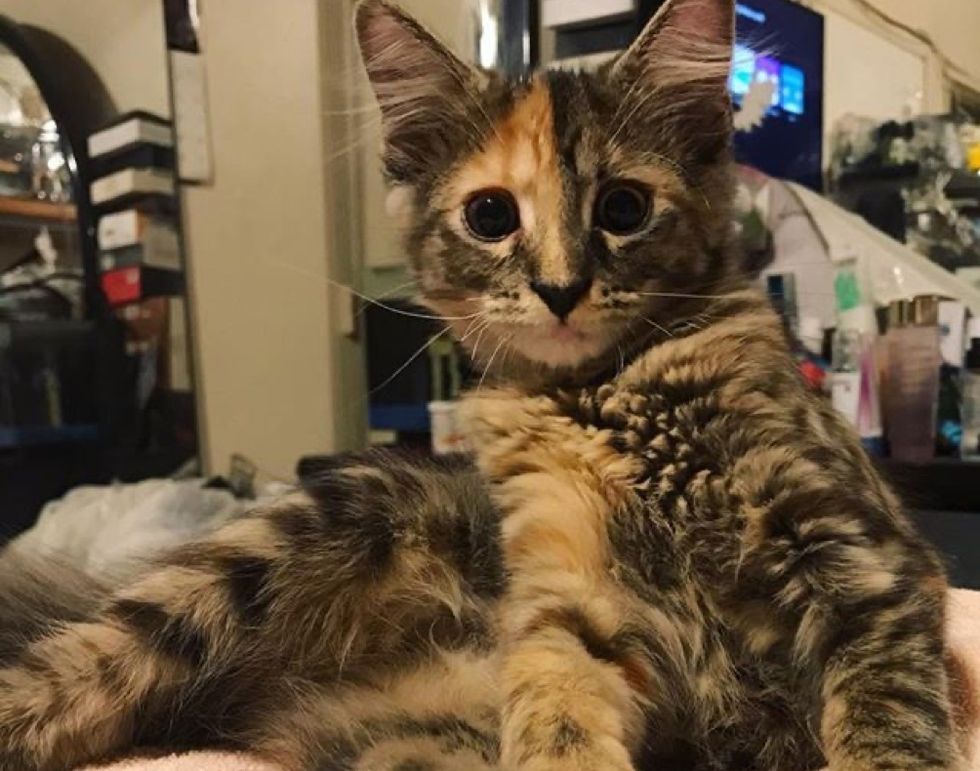 That is proving that: we dont choose them, they choose us. 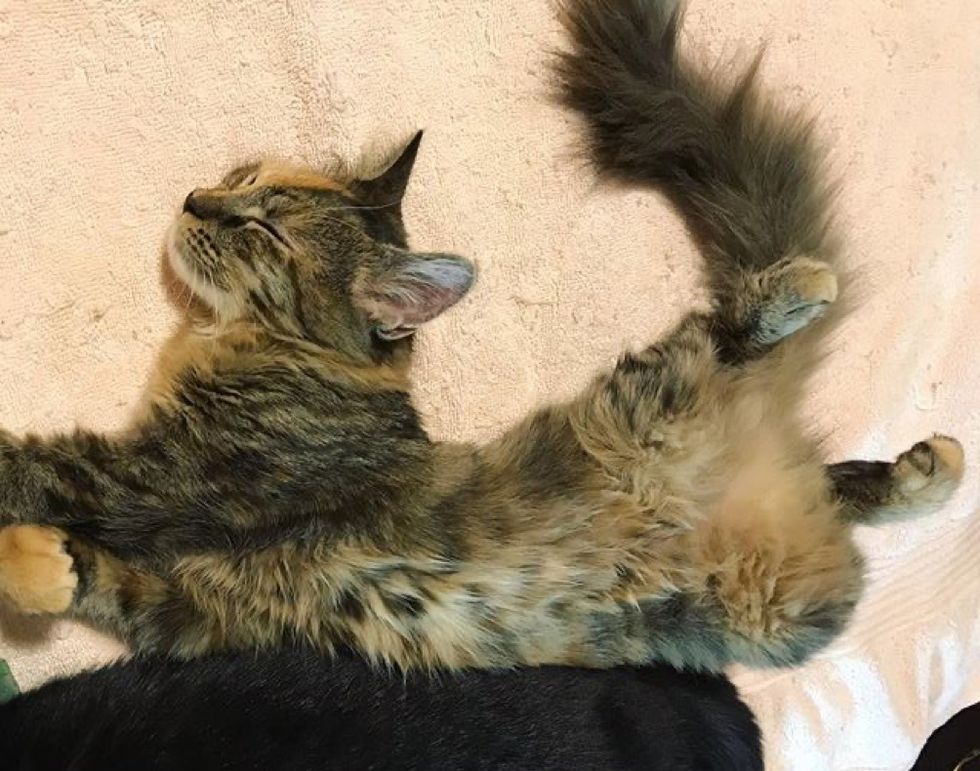 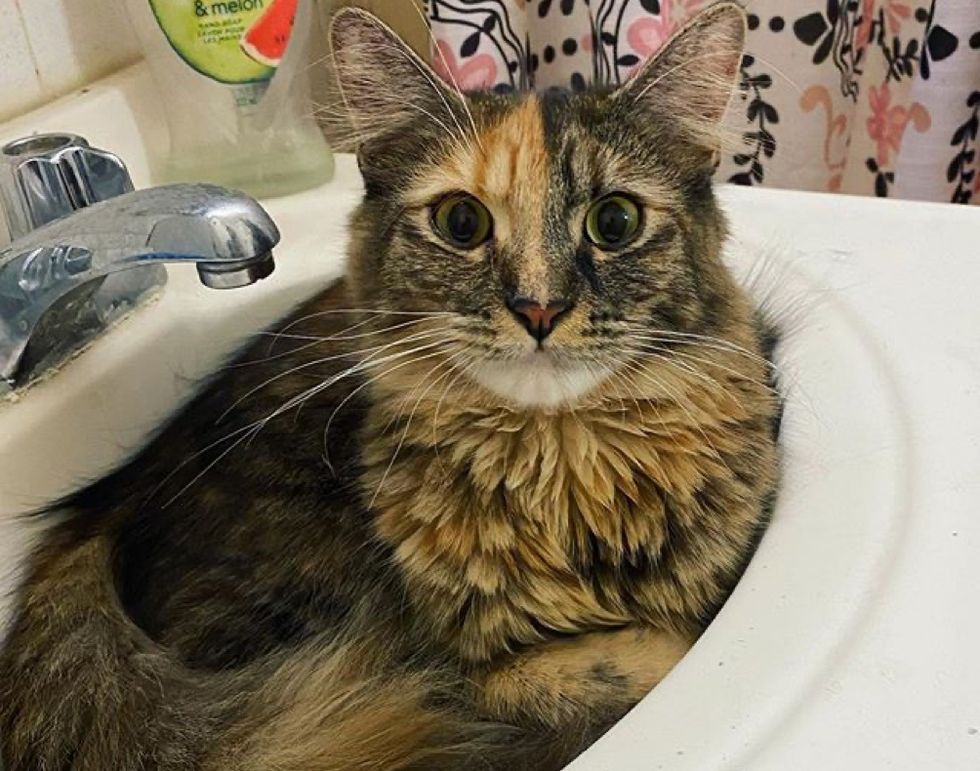