The perfect politician DOES exist! 😍 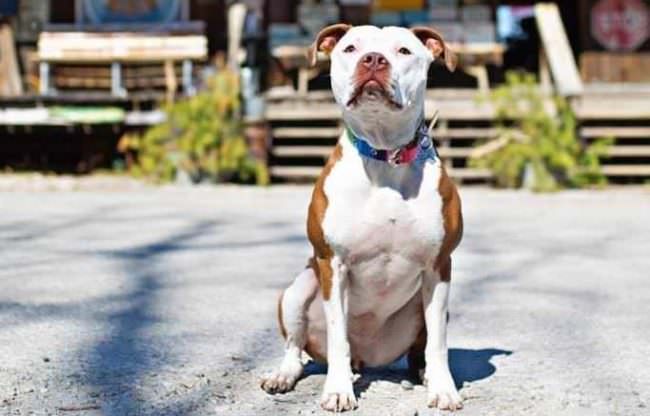 Several years ago, residents of the small river town (Population: 315) realized that they didn’t need an actual politician to serve as their mayor. Instead, they opened the elections to any “warm-b.loo.ded” critter with a will to serve.

The lighthearted fun of the Rabbit Hash political race actually serves an important purpose. Each vote costs the residents $1 and the money collected is used to help out needy members within the community. Brynn’s campaign raised $8,965 that was put toward repairs on the town’s iconic general store, severely damaged in an electrical fire.

Mayor Pawltrow has been quite busy since her landslide win by 3,300 votes. Her first official duty was to appear alongside Santa Claus at a Save the Animals Foundation event in Cincinnati, Ohio. Since then, she has been supporting her local shelter, meeting and greeting fans, shaking paws, and licking babies!

In keeping with this refreshing political platform, Brynn’s campaign slogan was “Peace, Love & Brynn” a philosophy that also pays homage to her oft-misunderstood breed.

She’s normally got that big old Pit Bull smile: Bamforth said. She is a super, super happy dog. There aren’t many people that she’s met that she doesn’t like … [she’s] a good judge of character.

Bamforth hopes that Brynn’s love and acceptance of all creatures great and small will bring new awareness and understanding to the stereotypes Pit Bulls face.

Brynn did have a minor s.can.dal back in March, but it had nothing to do with her breed. It seems Rabbit Hash’s fearless leader was suffering from tummy aches!

Luckily, Bamforth promised to provide the mayor’s adoring fans with approved treats they can safely give to Brynn!

Finally they will have an honest politician for their MAYOR.