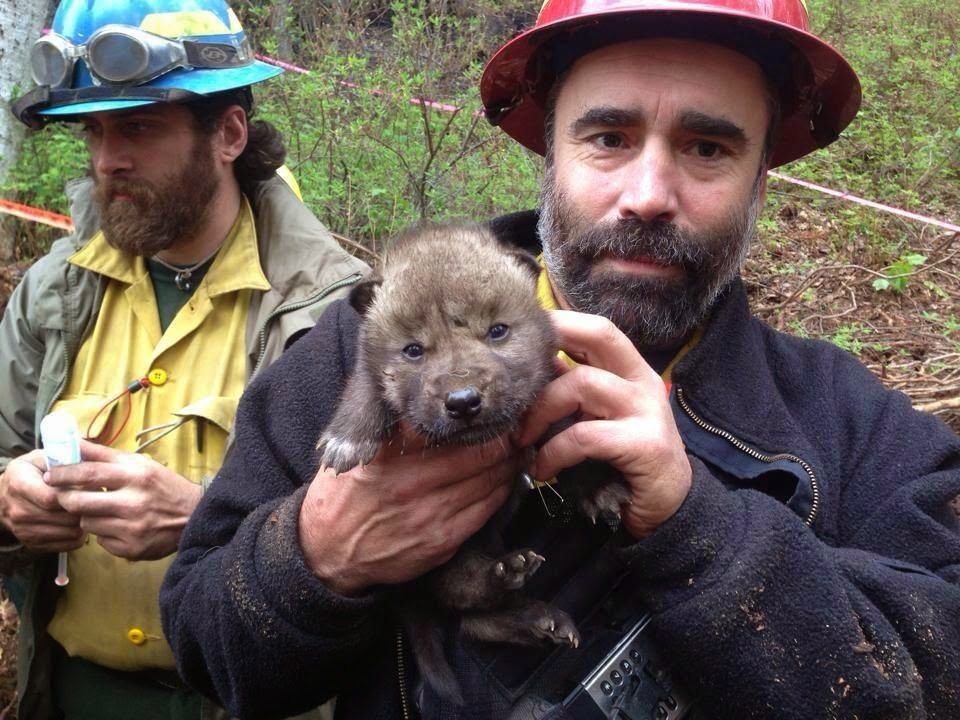 The pups had not been hurt by the blaze, according to a Facebook post by firefighters with the Kenai Wildlife National Refuge, who discovered the den.

Medics with the fire crew fed the fuzzy brown puppies glucose (sugar water) and plucked porcupine quills from their skin.
They got some excited licks from the tiny pups. With help from the Alaska Department of Fish and Game, the litter was taken to Anchorage, where they await a permanent home.

The Funny River Fire has burned through more than 183,000 acres and is 30 percent contained, according to the Alaska Division of Forestry. State officials have told the news media that the fire was probably caused by a campfire that was not properly extinguished. 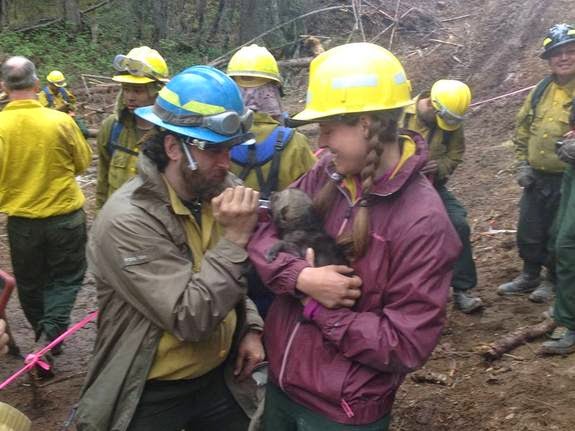 Stephen Miller / Kenai National Wildlife Refuge Deputy ManagerMedics Eric Zucker and Alicia Renfer hydrate and remove porcupine quills from the wolf pups that were found in their den next to a firebreak. Firefighters found the den while fighting the Funny River Horse Trail fire earlier in May.The firefighter who crawled in the den and pulled out the pups was Steven Niksik. 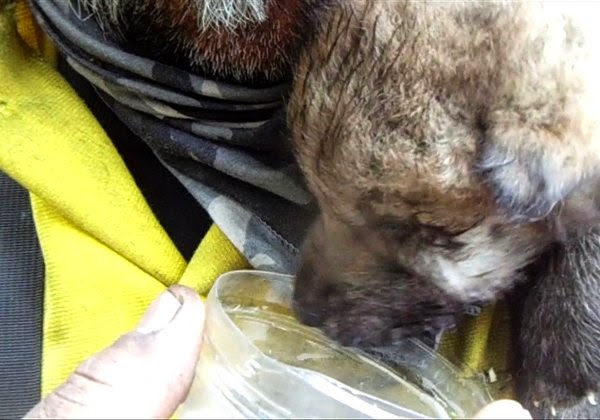 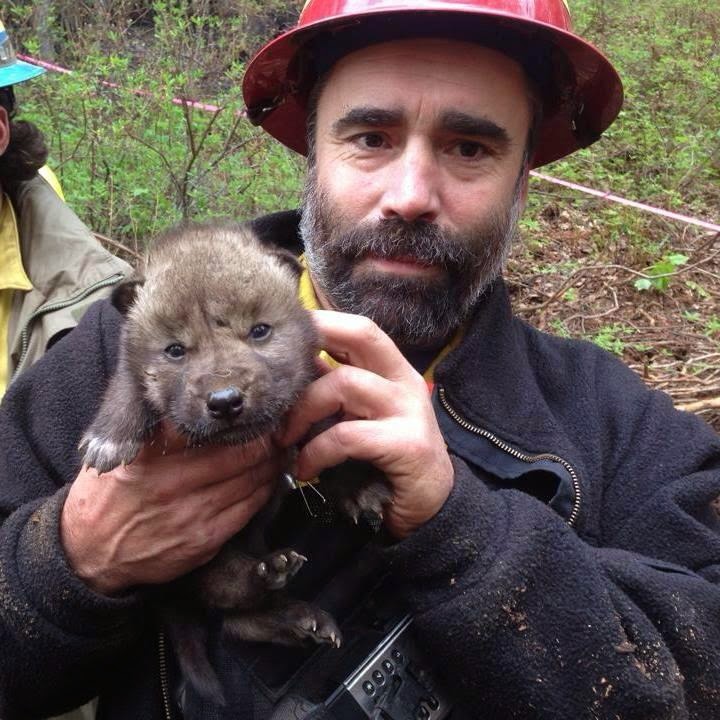 That was one of the most M.I.R.A.C.U.L.O.U.S rescues in history!!
It’s ALWAYS the amazing firefighters, everywhere ♥️ Thank you firefighters ♥️🐾♥️