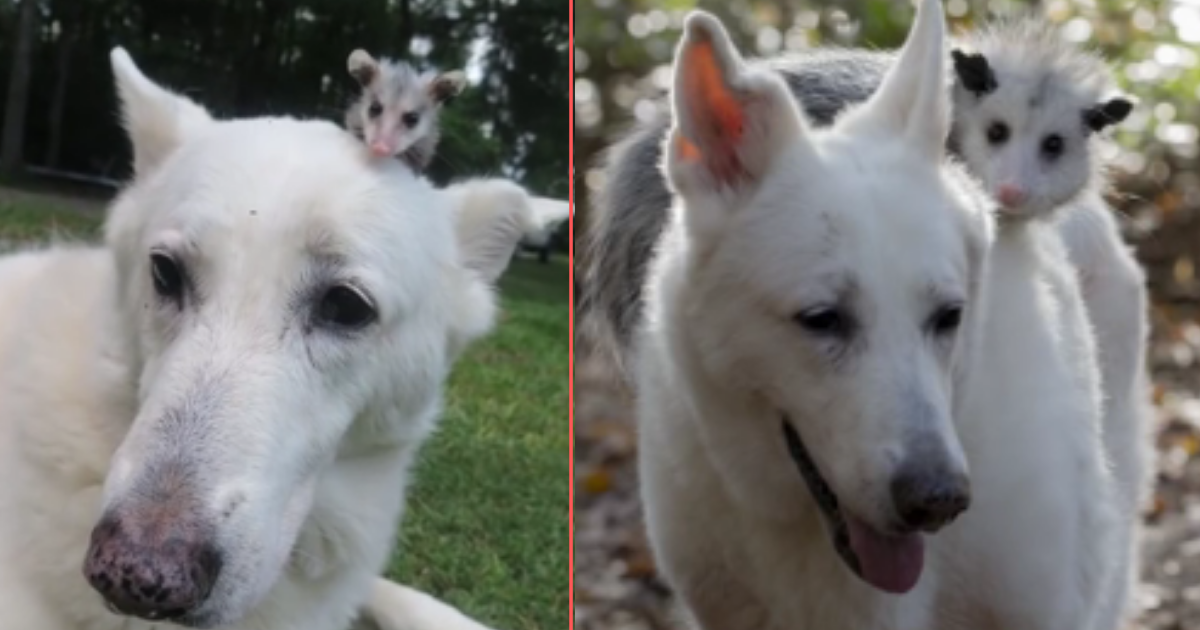 A fox cub whose mother was killed in a road-side collision, often don’t stand much of a chance when their parents are taken away from them.

A little opossum named Poncho was found on the side of the road clinging to his mother after she had been hit and killed by a car.

Rescuers saved the little marsupial and hoped he would survive, however, without a mother to help him, his chances were slim. Along came Hantu, a German Shepherd, who stepped up to fill in Poncho’s mom’s shoes. The two became inseparable.

Opossums are the only New World marsupials and, in the wild, spend the first several months of their lives clinging to their mother’s backs. 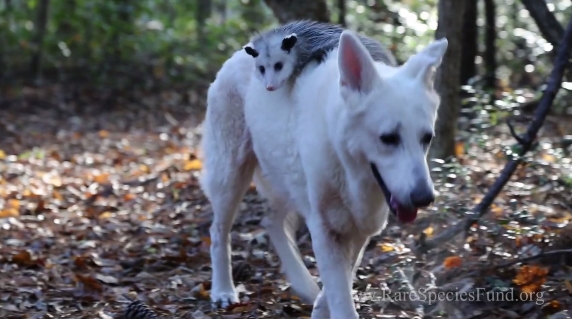 Robert Johnson of the Rare Species Fund says, They are both playing important roles in each other’s lives. When Hantu goes for her daily walks through the woods, she won’t leave the house until Poncho is securely mounted on her back. 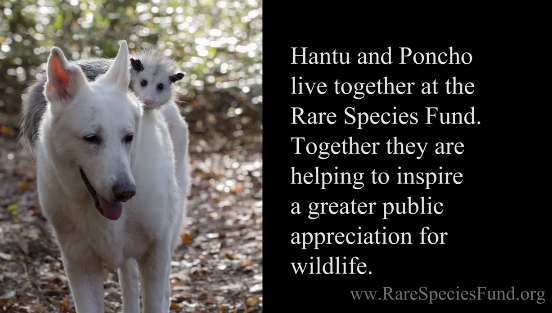 Watch the great video below!

SHARE this Precious story with your friends and family.